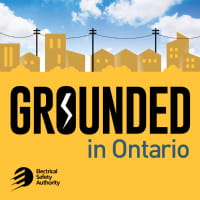 Protecting Consumers against the Underground Economy with Soussanna Karas

Soussanna Karas, Director of Licensing at ESA, breaks down the risks of the underground economy and the tools to combat unlicensed and unpermitted electrical work.

In her four years with the Electrical Safety Authority, Director of Licensing Soussanna Karas has seen hundreds of cases against unlicensed contractors performing electrical work. Statistics Canada estimates the “underground economy” is over $16 billion dollars in Ontario alone and residential construction remains at the top of that list. That’s why Karas works with a team to educate homeowners and licensed electrical contractors alike on how to eliminate unlicensed and unpermitted electrical work.

“In the licensing department, all of us are passionate about safety,” said Karas. “I doubt you’ll find anybody more dedicated to pursuing the underground economy than folks in my department.”

In this episode, Josie Erzetic chats with Soussanna Karas on how to identify and report underground electrical work. And, Karas will help guide licensed electrical contractors on the best ways to protect their own licensure.

How to identify and report unlicensed contractors

One of the easiest ways to identify the underground economy at work is by noticing what’s missing on the invoices, estimates, advertisements or the contractors’ vehicle: an ECRA/ESA licence number.

As a licensed electrical contractor, you are required to put your ECRA/ESA number on the truck or van that belongs to you and is on the road. If there’s no number on a vehicle or an advertisement from a contractor, that should be a huge red flag — and something that should be reported to the ESA.

“If you do see somebody who you suspect might be doing unlicensed electrical work in your neighborhood, or anywhere that you pass by, please do use our anonymous reporting tool on the website,” Karas urged.  “You don't have to identify yourself, but we do ask you to put all the information that you see and as much detail as possible so that we can identify and follow up.”

Since April of last year, Karas and her team have received hundreds of leads about potential non-compliances that they review and follow up on. They’ve been able to pinpoint certain areas that are more at-risk to be completed by unlicensed contractors.

“One of the trends that we just recently noticed is the increasing number of pot light installations. And some might say, ‘Well, what's the big deal?’ But it is a big deal. I can tell you that we received 81 online complaints regarding pot light installations, and it's covering 174 locations. That is a staggering number,” she said.

When Karas receives reports of unlicensed work, she pulls out her number one weapon against the underground economy: education. She starts by trying to help the non-compliant person understand their mistake and how they can become in compliance.

“We want to make sure that if it's a one off, we are showing them understanding and education. If it's something serious and a pattern, then we escalate and take more serious steps,” Karas said.

99% of all prosecutions conducted by ESA are against unlicensed electrical contractors.

“We want to make sure that the public knows, and those who are in the underground economy know that we are looking into this and we are serious about this.”

Protecting yourself against the underground economy

Licensed electrical contractors are at risk to be taken advantage of by the underground economy. Many times, Karas has found that unlicensed contractors will fraudulently use licensed professionals’ ECRA/ESA numbers without their consent.

In these instances, there is no notification of work being filed, putting both consumers and the reputation of LECs at risk. That’s why you have to be careful of who you share your business license with.

“My message to you, our listeners, is to make sure that if you entrust somebody to advertise on your behalf, that there are mechanisms to review and control those advertisements so you’re not taken advantage of.”

It’s also important for LECs to be wary of subcontracting practices. All of the electrical work on behalf of a licensing electrical contracting business must be done by employees on the payroll. That way, each worker will be covered by liability insurance and WSIB protection.

On the other hand, if you enlist the help of an unlicensed electrical contractor, you’re putting your business at risk.

“If you hire somebody who doesn't have a license and who's not on your payroll, there are many risks to your reputation, safety, defects, and injury that's not going to be covered by insurance.”

Listen to the full episode to hear even more of Kara’s additional advice on keeping in compliance with ESA’s licensure guidelines.

Follow Grounded in Ontario wherever you get your podcasts. Got a technical question or an idea for an upcoming topic on our show, we want to hear from you! Email us at podcast@esasafe.com.

Back to Grounded in Ontario Podcast

Register for the 2021 Licence Holder Meeting

File an anonymous report if you are aware of a business or individual who is working in the underground economy,

Once you obtain your Licenced Electrical Contractor and/or Master Electrician licence, you have an obligation to comply with all applicable laws and the standards of conduct.

The document outlines nine broad categories of activities, which may result in licensing compliance action: such as suspension, revocation or terms and conditions imposed on the licence. The document provides useful examples of what each of those categories mean.

Guideline to the Duties and Responsibilities of LECs and DMEs

Guideline to the Duties and Responsibilities of Licensed Electrical Contractors (LECs) and Designated Master Electricians (DMEs) is designed to help you to understand your duties and responsibilities as defined by the Act and the Regulation. (Note: There are no new requirements. The guideline simply explains existing laws.)

The laws regarding electrical work exist to help keep the public safe from electrical harm. And the Ontario Electrical Safety Code exists to prevent risks of electrical injuries and to ensure electrical installations are done properly.

Requirements to Display your Licence

See the requirements you must follow for displaying your licence number when communicating with the public.

Read News, Views and Updates from the Electrical Safety Authority such as Licensing Corner. 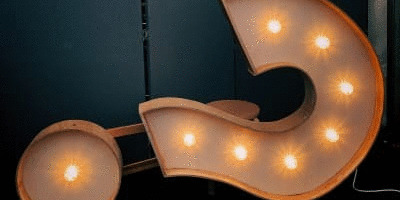 We want to hear from you! Email us your questions & topic ideas! 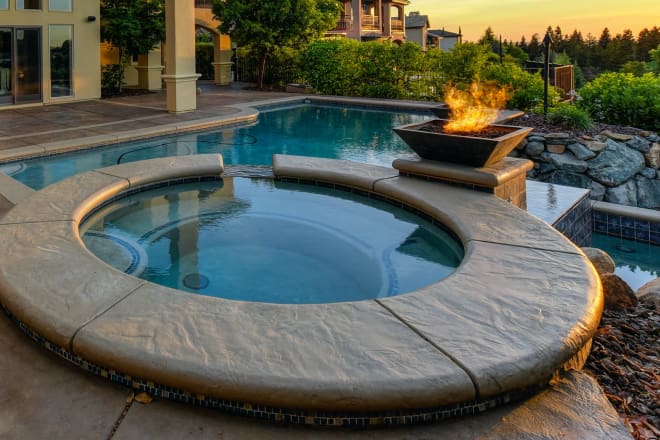 It's summertime which means being inundated with calls for pools and hot tub installations! Are you up to Code? 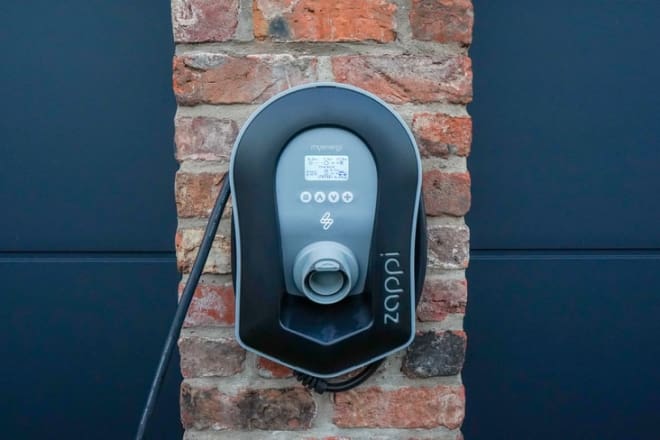 With gas prices on the rise and EV prices going down, EV charging systems are a hot commodity. Here’s how to safely install them 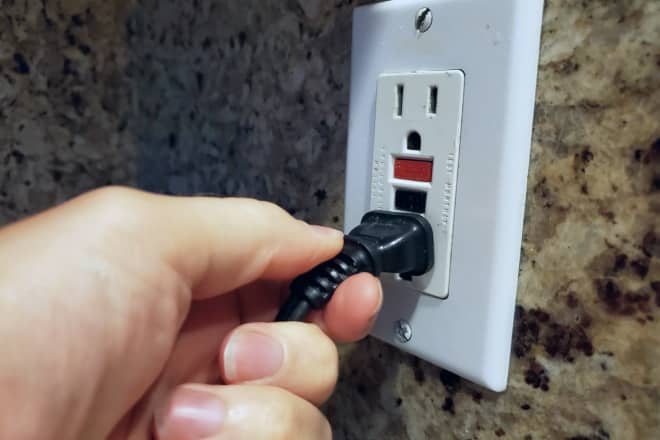 Arc faults are a leading cause of fire hazards in a home. We discuss when, where to install AFCI/GFCI, as well as nuisance tripping. 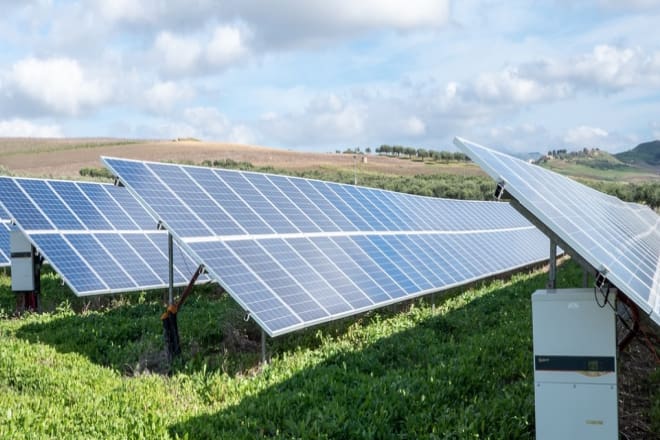 With the cost of battery storage coming down, more businesses, industries and homeowners are going grid independent. Learn about upcoming OESC rules on this episode of Grounded in Ontario. 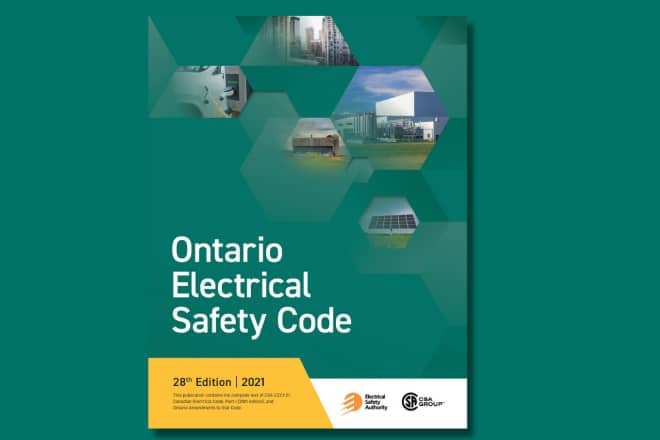 On May 5, a new edition of Ontario Electrical Safety Code is going to be enforced. This episode covers all of the updates you should mindful of.