MISSISSAUGA, ON (October 12, 2022) – The Electrical Safety Authority (ESA) announced the launch of a new digital safety campaign targeting the next generation of young electrical tradespeople to adopt a safety-first mindset.

“Think of safety as a full-time job with no breaks. It should always be your top priority. These young electrical workers are our future ESA inspectors and safety should never take a back seat to expediency or money. We need all workers to stay 100% vigilant, 100% of the time,” said Electrical Safety Authority CEO Josie Erzetic. 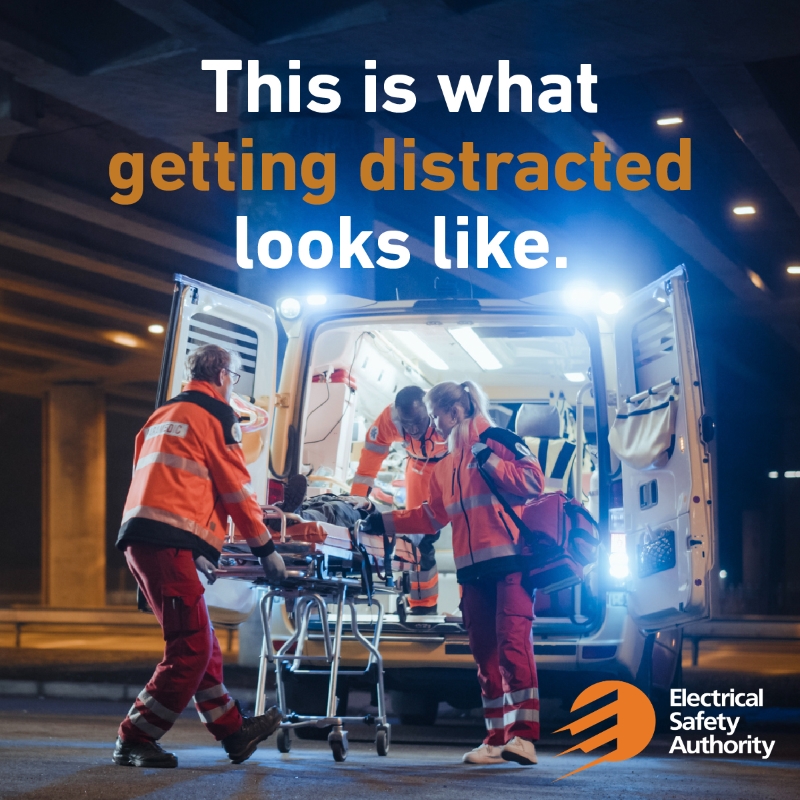 “Our electricians and electrical tradespeople are key to building a stronger Ontario and growing our economy,” said Kaleed Rasheed, Minister of Public and Business Service Delivery. “By increasing awareness and education about safety in the workplace, we’re helping attract, support, protect workers and consumers and making Ontario one of the best places to work, live, and raise a family.”

“Keeping Ontario’s workers safe is our government’s top priority,” said Monte McNaughton, Ontario’s Minister of Labour, Immigration, Training and Skills Development. “Everyone deserves to come home to their loved ones at the end of a hard day’s work. As we encourage more young people to choose these rewarding, well-paying and in-demand careers in the electrical trades, I commend the Electrical Safety Authority for their campaign to promote putting safety first every single day.”

The campaign message, “Safety Isn’t Sometimes” will resonate with both young and seasoned workers.

The digital campaign will run throughout the fall utilizing online videos, static ads and banner ads on platforms such as Google, YouTube, and Facebook.