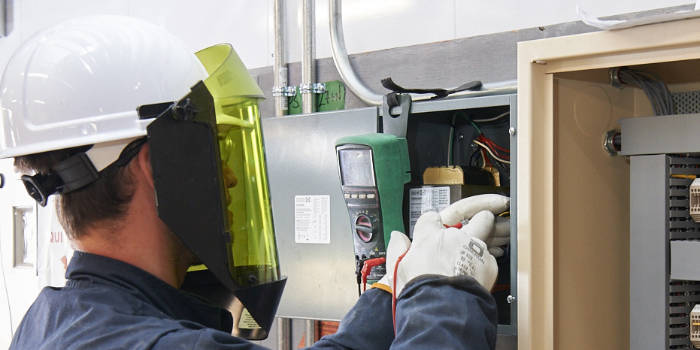 MISSISSAUGA, ON, January 30, 2017 – On Monday, January 23 an arc flash event occurred while an electrician was installing a cable into an energized panel in the Ottawa area. The electrician was treated in hospital for second and third degree burns. The Ministry of Labour, Fire, Police, Emergency Services and the Electrical Safety Authority attended the scene.

This incident is an example of the continuation of a worrisome trend in which electricians are injured or killed on-the-job. While the precise cause of the incident is under investigation, this incident is a reminder of the devastating consequences of coming into contact with live voltage.

An important reminder to workers and employers:

Electrical safety is a shared responsibility among workers and employers; it’s critical to work together to help prevent these types of incidents from occurring. Ensuring electrical work is done in a de-energized state is the single most effective way to prevent electrical-related injuries and fatalities.